We recently published a groundbreaking study on the use of illegal wildlife poisoning across the Balkan Peninsula that found around 2,300 vultures have died over the last 20 years due to this practice. As part of the Balkan Anti-Poisoning Project we’ve been working with our partners to investigate the historic and current situation of the use of poison in each of the countries involved in the project. Today our Country in Focus is Bosnia and Herzegovina.

The use of poison in Bosnia and Herzegovina

Why is poison used in Bosnia and Herzegovina?

Most poisoning incidents in the last 20 years have been attributed to unintentional poisoning from the improper use of legal chemical pesticides on small farms and farmsteads in rural areas, a practice that poses a threat to vultures foraging in Bosnia and Herzegovina. There is also evidence of the use of powerful illegal chemical pesticides acquired on the black market.

Historically the single largest driver of the use of intentional poison is resolving conflict between livestock owners and wild predators such as wolves and jackals and to control wild dog populations.

Used regularly since the end of the Second World War the use of poison to control wild predators of livestock has devastated the country’s vulture population with over 220 vultures, mostly Griffon Vultures, killed in 1959 alone. During the period 1980-1991, 97 Griffon Vultures were poisoned in eastern Herzegovina. In 1991 the last breeding population of Griffon Vultures were wiped out in a single poisoning incident in Blagaj where 30 birds were found poisoned near their colony above the Buna river after feeding on an poisoned animal carcass used as bait to eliminate stray and feral dogs.

However, there is  very little available current data about the intentional wildlife poisoning and further investigation needs to be carried out to assess the potential threat to vultures.

Fighting poison in Bosnia and Herzegovina

Wildlife poisoning and the use of poisonous substances is clearly defined in the existing legislation in Bosnia and Herzegovina as an illegal activity. However, as a result of the complex governance in the country at different levels (federal, entity and canton) and corresponding legislative bodies it is difficult to precisely define jurisdictions for relevant authorities to develop and adopt protocols that would make effective enforcement of anti-poisoning legislation easier.

Vultures in Bosnia and Herzegovina

Today none of the four species of European vultures breeds in in Bosnia and Herzegovina with only the occasional isolated sighting of passing Griffon Vultures. Just over 100 years ago the country had viable breeding populations of Bearded, Egyptian and Griffon Vultures with the Cinereous Vulture present in the country if not confirmed as a breeding species. By the 1990s all four species had gone extinct from Bosnia and Herzegovina, as a result of intentional illegal poisoning to control livestock predators such as wolves and feral dogs, reduction in food availability due to abandonment of rural areas and disturbance during the war that devastated the region. Despite the lack of vultures in the country, Bosnia and Herzegovina is strategically important for the conservation of vultures in Europe as it is located in the corridor that should connect the populations in western Europe to the populations in the Balkans. Since 2006 a number of projects have began to reintroduce Griffon Vultures to the country including monitoring visiting birds, running public awareness campaigns and setting up supplementary feeding stations to support the dispersal of young birds from the population in the Uvac Gorge in neighbouring Serbia.

The use of poisonous substances such as the banned toxic pesticide Carbofuran and baits laced with these substances in the environment is one of the most widely used predator eradication methods worldwide as highlighted in the Vulture Multi-species Action Plan. During the last 20 years a total of 465 vultures were found poisoned in 227 separate incidents, in total an estimated 2,300 vultures have been the victim of poisoning since 1998.

The Balkan Anti-Poisoning Project is a cross-border initiative bringing together wildlife conservation organisations, governmental agencies and other stakeholder such as; hunting associations, farmers and scientists, in five Balkan countries to tackle illegal wildlife poisoning.

The Balkan Anti-Poisoning Project  also contributes directly into the implementation of the Vulture Multi-Species Action Plan by carrying out anti-poisoning actions in Albania, Bosnia and Herzegovina, Croatia, Greece and Macedonia, and is building on our work for the last decade in the Balkans thorugh the Balkan Vulture Action Plan.

PrevPreviousAbricot, the Great Wanderer, spotted on camera after an absence of two year
NextA great start to the Bearded Vulture breeding seasonNext

In Bosnia and Herzegovina, it is impossible to prove that an animal has been poisoned because there is no possibility 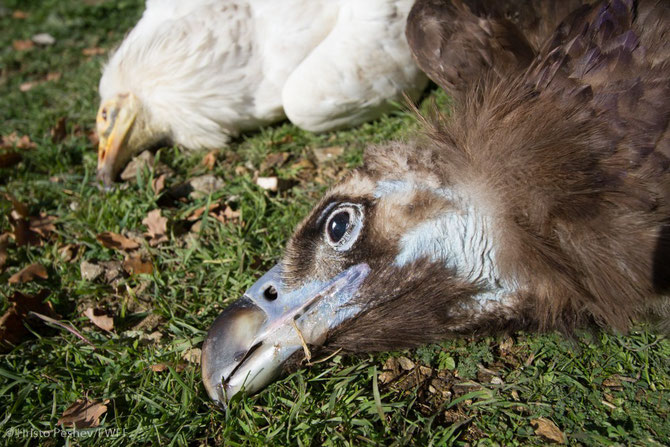 Launch of EU-funded project raises awareness and strengthens national capacities to fight the problem of wildlife poisoning in the Balkans, 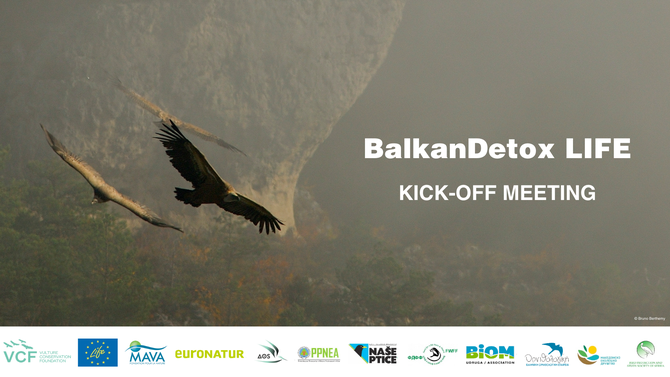 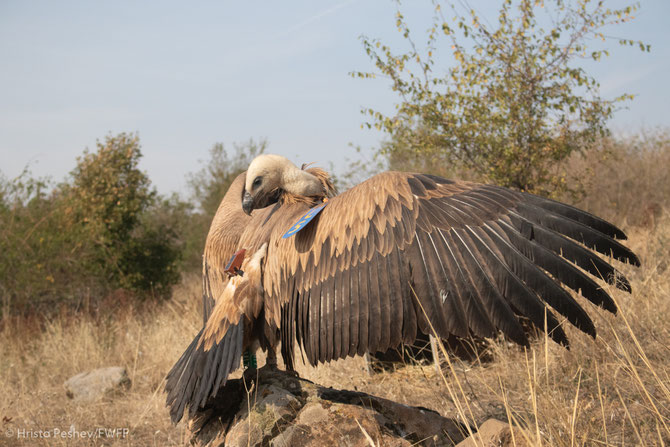 From the Balkans to the Middle East: The vast travels of a wandering Griffon Vulture

As part of the efforts to track poisoning incidents in the Balkans, our partners at Fund for Wild Fauna and