There are a few places in Europe where Bearded Vulture autochthonous populations still exist, and Corsica is one of them. Furthermore, the Bearded Vulture population of Corsica is the last surviving genetic pool of a former meta-population including Sicily, Sardinia, Corsica and the Alps. Unfortunately, the remaining population on the island has suffered a steep decline in the past 25 years, with the number of breeding pairs as well as fledglings produced each year rapidly decreasing. This dramatic decline is due to different threats including, low genetic variability and inbreeding, mortality from anthropomorphic reasons such as shooting and poisoning, lack of food resources, and stochastic demographic events due to the very low number of individuals. To secure the surviving population of this unique genetic pool, the Vulture Conservation Foundation (VCF) along with our partners on Corsica, Parc Naturel Régional de Corse (PNRC), and other international organisations, helped devise an emergency action plan to address the drastic decline of the species on the island. It mainly involves releasing captive-bred birds on the island and creating a genetic reserve by including birds from the Corsican population in our Bearded Vulture Captive Breeding Network (EEP).

Two young, captive-bred Bearded Vultures named Cimatella and Muntagnolu were released at Niolo Valley, Corsica, in 2016, marking the first releases of birds on the island in an attempt to save the vulnerable population! 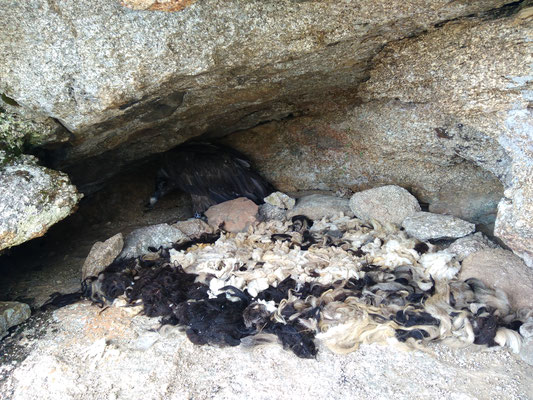 The VCF, together with the PNRC, initiated a restocking programme to reinforce the wild population by introducing new genes and consequently to increase the genetic variability of this island population with birds coming from the Bearded Vulture Captive-Breeding Network, coordinated by the VCF on behalf of EAZA’s EEP. So far, the VCF’s captive breeding team together with our Corsican colleagues released 6 Bearded Vultures in total —Montagnolu and Cimatella in 2016, followed by Luna and Ercu in 2017, and lastly Cintu and Orba in 2019.

Another important strategy of this reintroduction initiative is to secure the Corsican genetic pool in an ex situ programme in the long term by including Corsican birds in the Bearded Vulture EEP, and so create a Corsican genetic reserve. To do this, the VCF team devised a plan to extract eggs from wild nests that have been consistently unsuccessful over the last years and take them back to breeding centres, and with our decades of experience in captive breeding incubate and raise the young chicks. This action is risky and is a last-ditch effort to ensure the survival of the species on the island. Not a single bird of this formerly extensive population survived in captivity until the VCF and the PNRC successfully extracted an egg in 2016 from a wild nest that was successfully hatched, and is now a resident at the Bearded Vulture Captive Breeding Centre of Guadalentín in Andalucia, currently managed by the VCF. More efforts continued in 2017, but the two eggs that were extracted proved to be infertile. In March 2019, two more eggs were extracted from a wild nest and transported to our Specialised Bearded Vulture Breeding Unit at the Recovery Centre Vallcalent. Both eggs were fertile, and after carefully incubating, both eggs hatched successfully, and now added to the Bearded Vulture EEP.

The attempts to extract eggs from wild nests on Corsica resulted in the hatching and survival of three chicks, which became an addition to the Bearded Vulture EEP. These birds now play an invaluable role in the efforts to secure the genetic pool of the species. 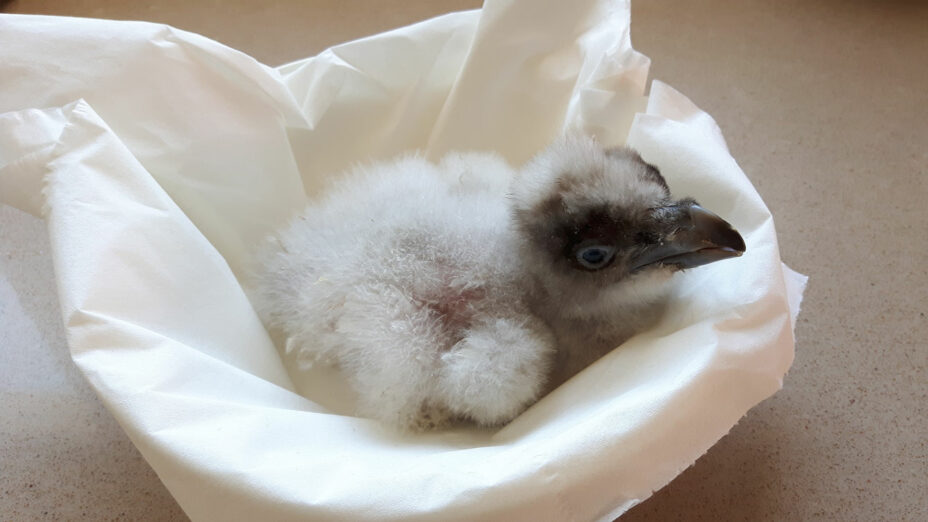 The VCF will continue to collaborate with our Corsican colleagues to ensure the future of Bearded Vulture in the island by releasing captive-bred Bearded Vultures to boost the local population and by looking after the captive Corsican birds to ensure the best outcome. The goals are for them to become breeding adults to increase the genetic pool within the captive breeding network as well as to release their descendants in the wild over the coming years. However, this is a long process, since Bearded Vultures usually breed successfully for the first time when they reach 8-10 years of age.