VCF’s Dr Alex Llopis Dell has many tasks to fulfil as the Coordinator of the Bearded Vulture EEP. From collecting information on the status of all the animals of the species, producing a studbook, carrying out demographic and genetic analyses, and producing a plan for the future management of the species. Further to this, every year, together with the Species Committee, he makes recommendations on which Bearded Vultures should breed or not breed, which individual animals should transfer, and which birds should be released into the wild.

Because pair formation in Bearded Vultures can be complicated and risky, the EEP decided that it was necessary to create a distinction between centres dedicated exclusively to breeding and centres dedicated to breeding and pair formation. Zoos and private centres house already established pairs and to breed the maximum number of offspring from them, while Specialized Breeding Centres, where specialised staff are working, are responsible for establishing new pairs, taking in new founders (injured birds from the wild), adopting chicks, housing problematic birds, and creating a genetic reserve by receiving specimens from all of the genetic lineages that make up the EEP. The VCF currently manages two of the Specialized Breeding Centres based in Spain — the Bearded Vulture Captive Breeding Centre of Guadalentín in Cazorla and the Specialised Bearded Vulture Breeding Unit at the Recovery Centre Vallcalent in Lleida.

The Centre de Fauna de Vallcalent is property of the Generalitat de Catalunya located in Lleida, Spain. Thanks to an agreement the VCF made with Generalitat de Catalunya, the VCF is managing the Bearded Vulture Specialised Breeding Unit within the centre. Following bird distribution strategy between specialized breeding centres, this Unit plays a crucial role inside the EEP, because it specialises on artificial incubation, receiving those pairs which are reproducing very badly or not at all in other entities and are requiring technical support.

There are currently three breeding pairs in Vallcalent and two additional pairs that reached their sexual maturity but have not yet successfully bred. These pairs are the most challenging ones within the Bearded Vulture EEP and are sent to Vallcalent Specialised Breeding Centre because with the expertise and experience of Alex Llopis and the facilities at the centre these pairs have a better chance of breeding.

In 1986, Bearded Vultures disappeared from the skies of Andalusia. One of the ways to bring the species back from extinction was the establishment of the Bearded Vulture captive breeding centre of Guadalentín in 1996, aiming to produce captive-bred chicks for release into the wild. The Centre has come a long way since then, and today, it breeds the most Bearded Vultures in captivity every year.

Guadalentín is the most important Centre within the Vulture Conservation Foundation’s (VCF) Bearded Vulture Captive Breeding Network (EEP) as it contributes the most chicks every year to reintroduction programmes in Andalusia, but also in other regions across Spain, France and the Alps. It also specializes in double adoptions and takes young Bearded Vultures from other Bearded Vulture EEP partners to naturally rear the chicks. As of 2020, the VCF also assumed management of the Centre following an agreement with the Junta de Andalucía.

Bearded Vulture pair bonding in captivity is not an easy or simple process. These birds don’t pair as easily as other species, and they are very selective with their partners. Some Bearded Vultures in captivity have been with 5 or 6 different potential partners until they bred successfully. There are many various factors involved, and each bird is different too, so it’s challenging to predict what will happen whenever attempting a new pair bonding. It is a delicate process where the utmost attention is necessary to closely monitor the progress as severe episodes of aggression may occur between two individuals. 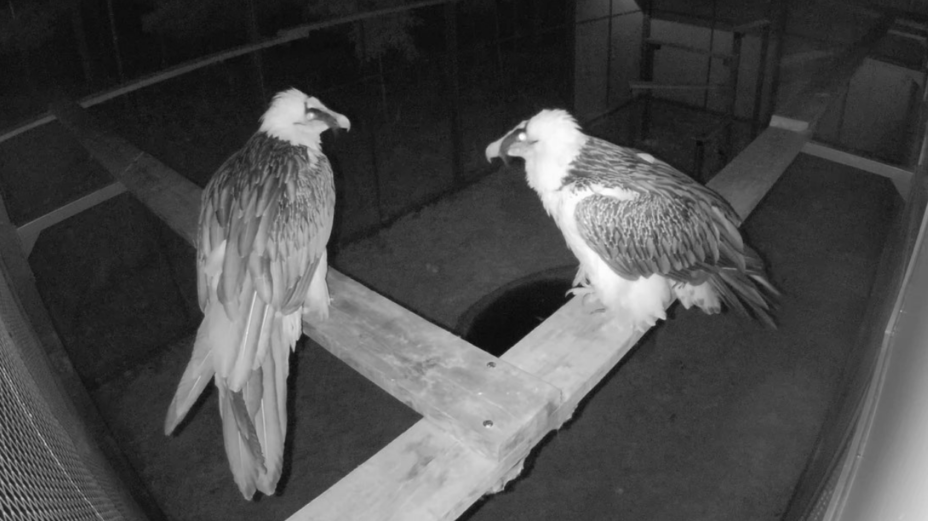 Typically, in October, the first Bearded Vulture breeding pairs in captivity start playing with nesting materials provided such as sticks and wool, building their nest, engaging in mutual preening and exhibiting aggression towards neighbouring pairs, therefore signalling the start of the breeding season. Nest building for Bearded Vultures usually begins around three months before egg-laying, with copulations occurring anywhere between 50 and 90 days. 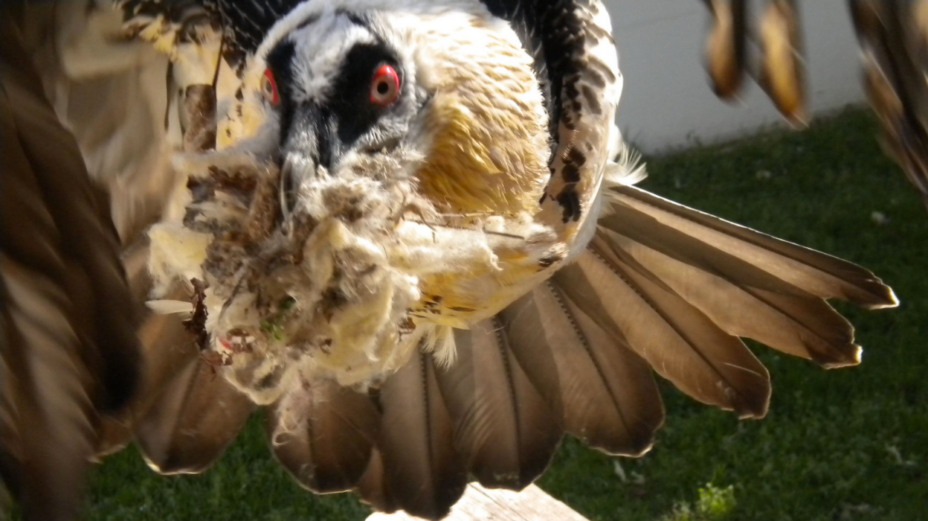 Bearded Vultures normally lay eggs between December to February, and incubate the clutches for around 54 days, which is a task equally shared by the parents. The VCF also developed a protocol that involves taking several steps to artificially incubate the eggs and aid the hatching process of pairs experiencing difficulties. 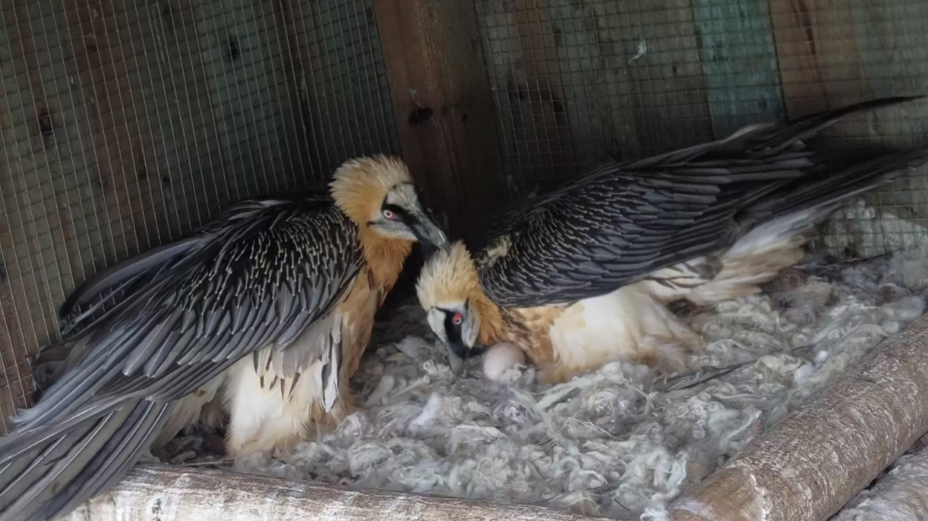 Sometimes, the parents of chicks cannot raise them themselves in captivity, so certain chicks need to be transferred to other facilities to be adopted by Bearded Vulture pairs to rear them naturally, and so avoid human-imprinting. Pairs raise the chicks until they are about 90-100 days old before they are fledglings, and then some of them are released into the wild as part of reintroduction or restocking projects. 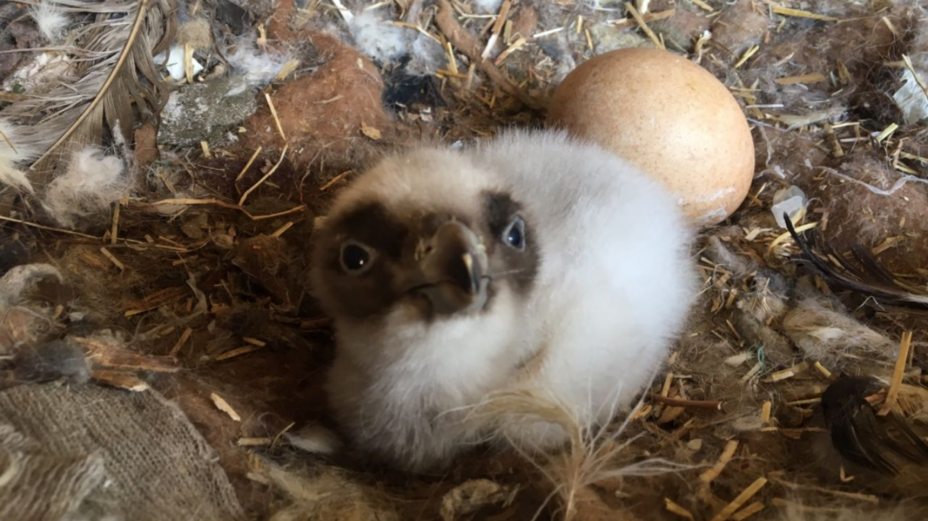 Did you know
A human-imprinted Bearded Vulture named Kajazo recognizes humans as his species. He can be an excellent foster parent to a chick, but first needs to go through the entire breeding period. So, he 'pairs' with his human keeper.
Did you know
Our colleagues in Southern Africa are establishing a captive breeding programme, supported by the VCF, to save the African Bearded Vulture sub-species, which is considered Critically Endangered in the region. There, they rear chicks using a Bearded Vulture puppet!
Did you know
Thermal shock is one of the techniques required to artificially incubate Bearded Vulture eggs. This method involves exposing eggs to outside temperatures to promote the gas exchange (CO2 and O2) and, consequently, the embryo's development.

THE HISTORY OF THE BEARDED VULTURE EEP

In 1978, the Bearded Vulture Reintroduction Project started in the Alps, aiming to bring back the species to the region through releasing captive-bred birds in the wild. This Bearded Vulture captive breeding network was born and was part of the European Endangered Species Programme (EEP) since its inception. The EEP is the most intensive type of population management for a species kept in the European Association of Zoos and Aquaria (EAZA) zoos. It is a captive-breeding programme that aims to conserve healthy populations of animals in captivity while safeguarding the genetic health of the animals. This programme helps secure a future for some of the world’s most vulnerable species, including the Bearded Vulture.

In 1978, the existing autochthonous Bearded Vulture population in Europe was under threat, and the only solution was to use offspring from zoos for the reintroduction project in the Alps. At that time, nearly 40 Bearded Vultures were distributed throughout European zoos, and from those, there was only one successful brooding pair. From the beginning, it was possible to convince all European zoos to cede their birds for this conservation goal and to transfer most of these birds to the Richard Faust Centre in Austria. Paired birds and juveniles went back to the zoos, and so from 1978-1985 the European breeding network emerged and was a precursor of the later established EEP.

0
BRED IN CAPTIVITY
0
RELEASED INTO THE WILD

WHY CAPTIVE BREEDING IS IMPORTANT

Reintroducing and restocking Bearded Vulture populations is possible thanks to our captive breeding network. Captive breeding programmes play an essential role in reintroduction efforts because young vultures, in contrast to adult birds, perfectly adapt to a new environment.

For the past few decades, we have been releasing captive-bred Bearded Vultures into the wild at different locations in Europe to reintroduce or reinforce local populations. With this conservation initiative, we brought back the Bearded Vulture population in the Alpine range after they were hunted to extinction in the Alps in the early 20th century. We continue to release birds in the region and today, there are a total of about 300 birds, including 58 breeding pairs of Bearded Vultures in the Alps, making it one of the best wildlife comeback stories of all time!

From 1986 and 2020, a total of 343 juvenile Bearded Vultures have been released into the wild to reintroduce or restock local populations across the Alps, Pre-Alps,  Andalusia, Grands Causses, Sardinia, Corsica and Maestrazgo. Today, we are releasing Bearded Vultures across the Alps, Andalusia, Corsica, Maestrazgo and the Massif Central and Pre-Alps (LIFE GypConnect).

Our final goal is to restore the species across its former range in Europe and establish an European Bearded Vulture meta-population, with connections between the current European autochthonous isolated populations (Pyrenees, Corsica and Crete) with the reintroduced populations, in a continuum that goes from northern Africa (Morocco) to Asia (Turkey & the Caucasus).

Criteria to evaluate new candidate members to the EEP

Exemplary reports of the advisory service for EEP partners

A big thank you to our Bearded Vulture EEP Sponsors!
2020: 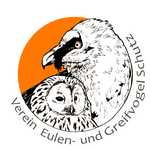 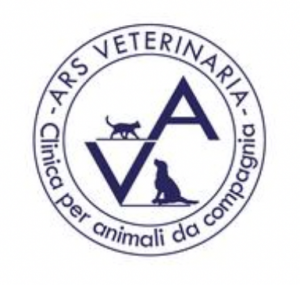