Andalusia has added Rüppell’s Vulture to their list of vultures! So it is becoming official – Europe has now a 5th vulture species and one that is globally Critically Endangered. Even though there are no definite breeding records of this species in Europe yet, the vulture frequently visits the region.

The Rüppell’s Vulture (Gyps rueppelli) is an African species whose distribution range is located in the equatorial fringe and eastern open areas of the continent. It resembles our Griffon Vulture (Gyps fulvus), especially the juveniles and immature birds, being slightly smaller in size. The adults are quite distinctive, with pale spots all over their greyish plumage. The International Union for the Conservation of Nature and Natural Resources has recently listed it as ‘Critically Endangered’, the last category before global extinction.

Their declining state is mostly due to the successive and frequent mass poisonings in Africa, driving several species of African vultures to extinction. The Vulture Multi-species Action Plan (Vulture MsAP), co-developed by us here at the Vulture Conservation Foundation, and endorsed by the Convention for Migratory Species (CMS), concludes that poison is the biggest threat to vultures worldwide, and a significant part of this global action plan for vultures focuses on the actions needed to fight this threat. Unfortunately, experts foresee a rather bleak future in the short term if poisoning events keep occurring at this rate. In consequence, Rüppell’s Vultures are becoming alarmingly scarce in Africa but, surprisingly, in Andalucía, they are becoming more and more common.

Over the last few years, conservationists recorded this vulture at most feeding stations, alongside with its local counterpart the Griffon Vulture, with 2.900 breeding pairs in the region. From Sierra Pelada to Castril in Granada, the African visitor can now be spotted throughout the year, not necessarily depending on migration peaks. Furthermore, in Andalucía, you can observe all age classes, from juveniles to adults.

Since the African species is recorded in Andalucía throughout the year and in all age classes, experts suggest that this vulture may have already settled down in Spain and/or Andalucía. Not surprisingly, there are several breeding attempts in the Iberian Peninsula, both in Spain and Portugal. Rüppell’s Vultures nest in cliffs, and potentially, they might already be breeding inconspicuously in small numbers within Griffon colonies, which are numerous, remote and not easy to monitor in detail.

Either with or without regular breeding in Andalucía, it is a fact that the Rüppel’s Vulture is a new member of the region’s wildlife. Today, its observations are even more regular and predictable than those of other seasonal visitors that are included in the official list of protected bird species.

How did this species end up in Andalucia?

Vulture experts support that the dispersal movements by Griffon Vultures (mainly Spanish) visiting Africa through the Gibraltar Strait triggered the arrival of this species to Andalucía. Once in Africa, scattered individuals of Rüppel’s Vultures join their flocks, not only for foraging activities but also for the trip back to Spain. Some specialists have also linked its presence as far north as the Mediterranean Basin to possible effects of climate change. As a consequence of ‘Africanization’ of climate, where other avian species have recently colonized Spain. However, this is not yet confirmed.

Including the Rüppell’s Vulture within the official list of Andalusian vultures is positive for several reasons. It remarks that conservation plans must be adaptive to new challenges in an ever changing world. On the other hand, this initiative outlines the commitment of Junta de Andalucía in conservation, as approved in both the regional Vulture and the Andalusian Antipoison Programmes. Ever since Andalucía heads up a national and international training program focussed on the fight against poison, that up to date has addressed 500 participants from 23 countries from Europe, Africa, North and Latin America.

How we tackle illegal wildlife poisoning

The VCF is particularly active in fighting this threat and is implementing many projects across Europe and many actions against poisoning. We are also in contact with some African colleagues fighting this threat, but the news coming from that continent are even bleaker than from Europe – seems that the African vulture crisis that led to several African vulture species being considered globally endangered in the last few years is continuing. In Europe we are actively pursuing different lines of work to fight this threat, among which is the Balkan Anti-Poisoning Project, funded by the MAVA Foundation. The project is working and funding local partners in five counties (Croatia, Albania, Bosnia-Herzegovina, North Macedonia and Greece) to try to eradicate this illegal and highly damaging practice.

PrevPreviousInternational Observation Days – how many Bearded Vultures did we count in 2018?
NextThe mystery of the Egyptian Vulture in Lamoso feeding station…solved!Next 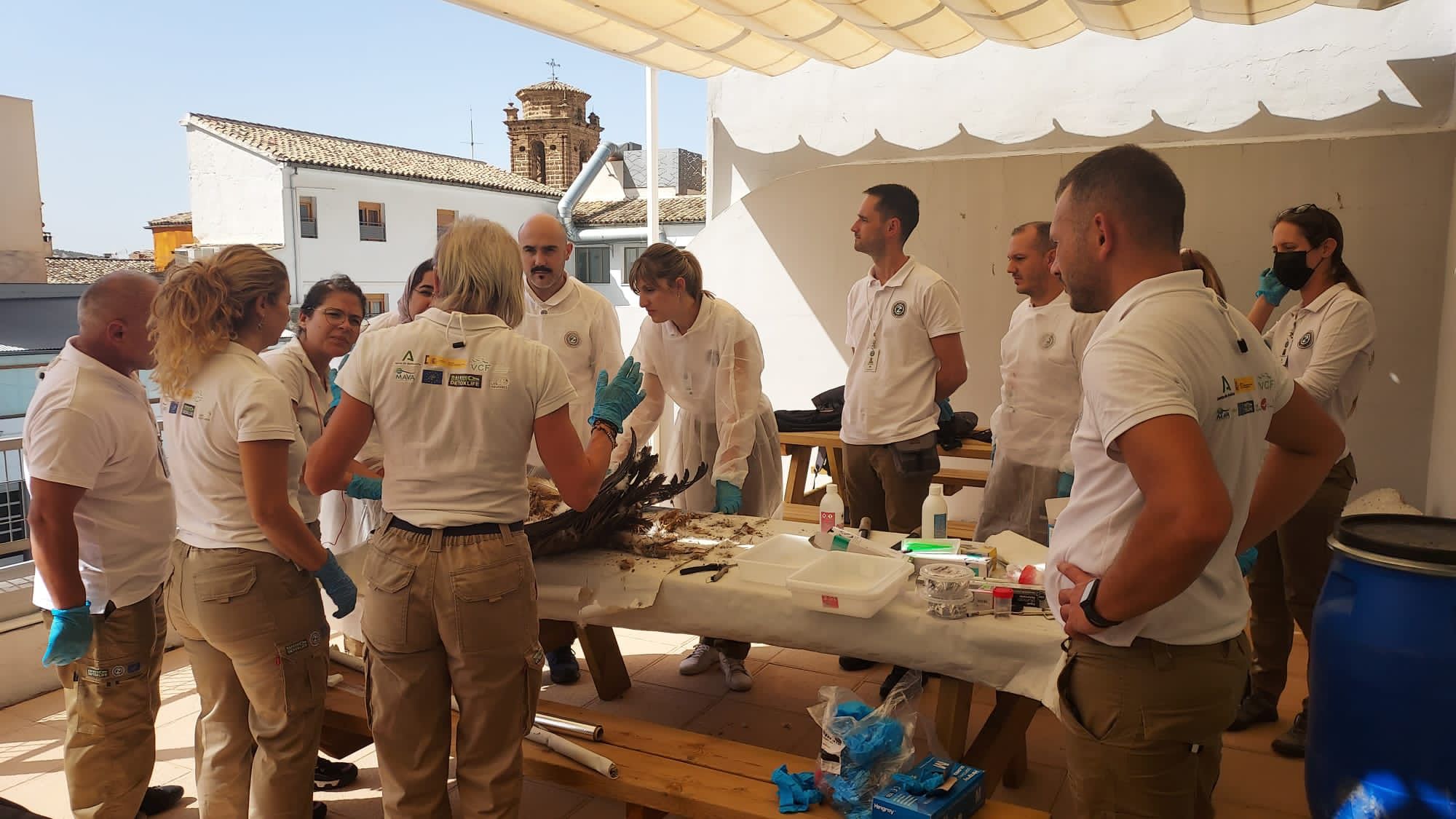