On the last day of 2022, the Cinereous Vulture ‘Praha-Liberec,’ reintroduced in Bulgaria, was found dead in Greece. Based on the circumstances of the incident and the necropsy results, we suspect illegal poisoning killed the vulture. But, we are still pending the toxicology analysis results to confirm the cause of death.

In 2022, the Cinereous Vulture Captive Breeding Network (EEP) produced 13 hatchlings, of which 11 survived. Thanks to these favourable results, the network donated three captive-bred chicks to Vultures Back to LIFE and one of them was Praha-Liberec. This project successfully restored the Cinereous Vulture as a breeding species in Bulgaria decades after its extinction following targeted conservation and reintroduction actions.

The Cinereous Vulture, which hatched at Prague Zoo and was fostered and reared by a pair at Liberec Zoo, was released in Silven, Bulgaria, through the hacking method. The project team placed Praha-Liberec, alongside the other two vultures, in an acclimatisation aviary to get used to their new environment until the birds reached four to four and a half months. Ahead of the release, a Vultures Back to LIFE project team tagged all three birds with GPS transmitters and proceeded to open the aviary’s doors for the birds to take flight.

GPS data indicated that something was wrong

Equipping vultures with GPS transmitters enables us to study and monitor their movements and behavioural patterns, detect whether a bird needs rescuing, discover mortality incidents, define potential poisoning hotspots and gain additional knowledge about each species. This is why the Vultures Back to LIFE team tagged released Cinereous with GPS transmitters. Furthermore, another project, BalkanDetox LIFE, is monitoring all Griffon Vultures colonies in the Balkans through GPS transmitters to help alert if there is trouble, respond accordingly and even prevent potential mass poisoning incidents in some cases.

Since the release of the Cinereous Vultures in Bulgaria, the Fund for Wild Flora and Fauna (FWFF) has been closely monitoring the birds, which alerted them that something was wrong with Praha- Liberec. The GPS data showed the bird might have been in distress in Central Greece, where it arrived following a classic autumn migration pattern and popping through the Halkidiki Peninsula and the Sporades Islands in the Aegean Sea. The project team and collaborators took due measures in Greece to find and check the bird’s condition since its behaviour was supposed to be unnatural and alarming.

Discovering the carcass of Praha-Liberec

Sadly, the news was bad. On the last day of 2022, our local colleagues discovered the dead body of the Cinereous Vulture in Central Greece, in a mainly agricultural area where pesticides are widely used. They swiftly transferred the carcass to the ANIMA rehab centre in Greece for a necropsy examination, which revealed that Praha-Liberec exhibited an apparent good physical condition with no signs of injuries. The centre’s team also collected samples and sent them to a specialised lab for a toxicology analysis to help determine the cause of death. The toxicology results are pending but based on the circumstances of the scene and the necropsy findings, the most likely cause of death is illegal poisoning.

Death by poisoning in the Balkans

In most Balkan countries, the use of poison baits in the natural environment became illegal by the end of the 80s and the beginning of the 90s. And yet, over the last 20 years, 2300 vultures are estimated to have died from poisoning in the Balkans. Even though it is a crime, placing baits to eradicate wild predators considered harmful to human activities (such as livestock farming, game management or hunting) remains widespread in the region. Vultures, being mostly obligate scavengers, often fall victim to wildlife poisoning, either by directly consuming the bait or feeding on poisoned animals’ carcasses.

Today, several projects are combating illegal wildlife poisoning in the region, including BalkanDetox LIFE. In this project, nine organisations have teamed up to strengthen national capacities to fight wildlife poisoning and raise awareness about the problem across Albania, Bosnia and Herzegovina, Bulgaria, Croatia, Greece, the Republic of North Macedonia and Serbia. Through the BalkanDetox LIFE project, protocols and procedures were agreed upon and implemented with relevant national governmental authorities to better deal with poisoning crimes.

Furthermore, capacity building is a big focus of the project, with anti-poisoning training courses and other relevant training being delivered thanks to the Wildlife Crime Academy. In 2022, for instance, over 30 professionals from 13 countries were trained in the forensic criminal investigation of wildlife crime to improve investigation and prosecution processes. 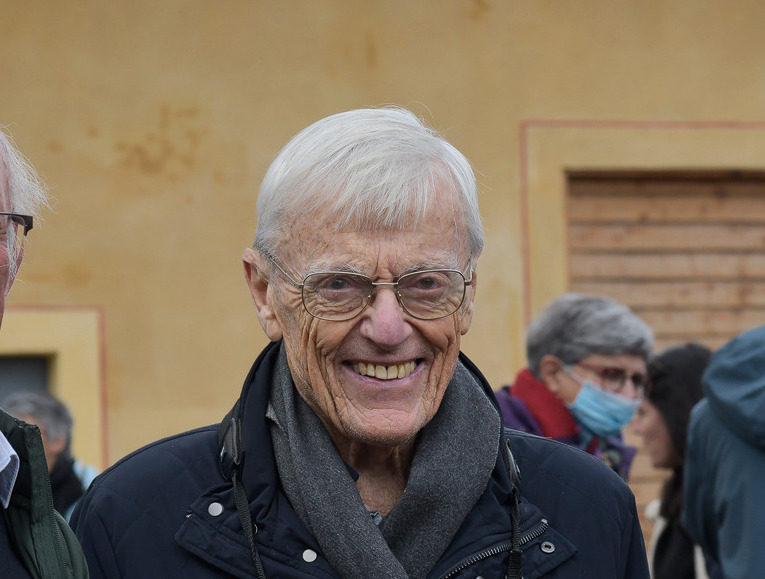 There are (many) prominent vulture conservationists across the world. And there IS Michel Terrasse. There are