The Egyptian Vulture New LIFE project has been releasing young captive-bred Egyptian Vultures in the Eastern Rhodopes to boost the local population and help prevent the extinction of the species in the wild for the past few years. In 2021, for the fourth consecutive time, the project team released three young vultures, donated by the Egyptian Vulture European Endangered Species Programme (EEP), through the delayed release method.

The three young vultures – Ferdinand, Poldi and Solera – spent two months in the adaptation aviary near the vulture feeding station. In mid-May, after the team opened the aviary, the vultures ventured into the wild!

Ferdinand hatched in Sofia Zoo in Bulgaria. He is a very strong Egyptian Vulture and quickly adapted to the conditions in the Eastern Rhodopes. He regularly visited the vulture restaurant and also frequently fed on various carcasses found in the wild. Together with Poldi and 10-12 other non-breeding Egyptian Vultures, Ferdinand was roosting at a communal roost site. He was exploring the entire Eastern Rhodopes and also paid several visits to the Greek side of the mountain. On 10 September 2021, he embarked on his first migration heading south, crossing the Dardanelles. On the following day, he reached the Adrasan Peninsula in Turkey and was trying to find his way out of it for three weeks. Finally, in early October, Ferdinand followed the coast to the east and continued his migration, reaching his wintering grounds in Sudan on 18 October.

Solera hatched in Jerez Zoo in Spain. After she left the aviary, she was adapting well in the wild, flying long distances and returning near the release site. Unfortunately, only a week after her release, a predator attacked her at night, resulting in her death. Solera was roosting on a steep cliff that was hardly accessible. It is not clear what predator attacked her, but considering the difficult access, the project team assumes that she was killed either by a Stone Marten or an Eagle Owl.

Poldi hatched in Schonbrunn Zoo in Austria. Poldi was very curious and always eager to explore. She adapted well to the wild and was regularly feeding at the vulture restaurant or carcasses found in the wild. She joined a communal roost used by 10-12 other immature and non-breeding Egyptian Vultures and was socializing well with her wild conspecifics. Poldi was also visiting the vulture restaurant in Dadia, Greece. She started her first autumn migration on 23 September but instead of flying southeast over Turkey, she followed the seacoast in the western direction. She made a short visit to Kresna gorge before heading south again and reaching the tip of the Chalkidiki Peninsula. On 30 September in the early morning, she was blown south over the sea by the strong north winds. Poldi was flying with a speed of up to 100 km/h and soon reached the land near Athens. However, she continued south over the Mediterranean Sea and perished in the middle of the sea. She flew over 600 km in a single day and was another 300 km away from the African shore. Poldi is the first Egyptian Vulture released by the delayed release method that drowned at sea. This case proves once again that young individuals suffer high mortality during their first migration.

Overview of results: Releasing Egyptian Vultures in the Eastern Rhodopes

Over the past four years (2018-2021), the project team released 23 captive-bred Egyptian Vultures in the Eastern Rhodopes in Bulgaria. Thirteen vultures were released through the delayed release method, 6 through hacking and 4 through fostering. Seventy-five per cent of the vultures released by fostering survived during their first autumn migration and reached the wintering grounds, 69% of the delayed released vultures survived the first south migration, while the survival rate of the birds released through hacking was only 22.2%. The survival rate of the wild juveniles tagged in the same area of the Eastern Rhodopes was 59% (n=17).

Based on the criteria for success set for each method and these preliminary results, the project classifies fostering and delayed-release as successful methods for releasing captive-bred Egyptian Vultures and hacking unsuccessful. 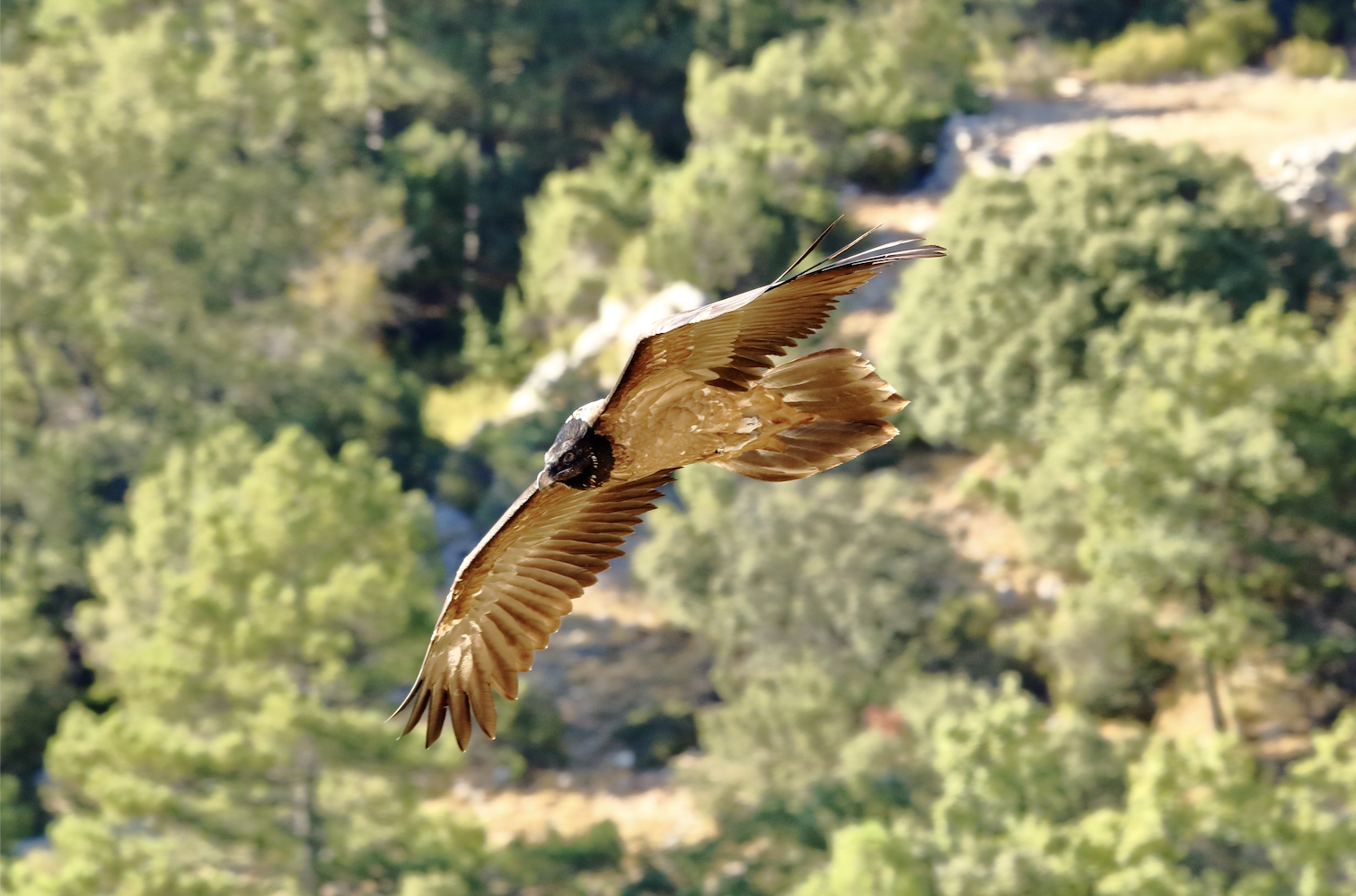