Can captive breeding prevent the extinction of a migratory vulture population?

Captive breeding programmes can prove critical in saving species under threat. Such initiatives entail breeding animals in captivity to release them into the wild, following habitat restoration and conservation efforts on the ground. But how well would this work for a globally Endangered species like the Egyptian Vulture that is migratory and moves thousands of kilometres every year across several continents? According to a new study, supporting the declining Egyptian Vulture population with the release of captive-reared birds every year could delay extinction and therefore afford conservationists more time to reduce lethal threats along a migratory flyway spanning three continents.

The remarkable journeys carried out by Egyptian Vultures makes them more vulnerable as they pass through several countries facing multiple and various lethal threats along the way. Therefore, it is urgent and crucial to work with international stakeholders to mitigate threats head-on along their entire flyway.

Egyptian Vultures from eastern Europe travel around 5000 km twice a year during their autumn and spring migrations. These journeys are hazardous, with many birds dying from human and natural threats along the way, such as direct persecution, poisoning, or electrocution and collision with power infrastructures. In the Balkan Peninsula alone, the Egyptian Vulture population has declined drastically from over 600 pairs in the 1980s to only 48 in 2020. Local conservationists implemented many measures on the breeding grounds, but the population keeps dwindling. Therefore, they considered whether raising Egyptian Vultures in a captive facility could help to stabilise the population. But the question remained for the number of birds needed to breed every year and whether this population reinforcement would work to ensure a stable breeding population in the Balkans.

Building a model to predict survival

The Egyptian Vulture New LIFE team collected and analysed years of monitoring data to build a population model that predicted how the population would fare over the next 30 years. They evaluated the number of breeding pairs every year, breeding success and individual territory occupancy to understand which adults had survived. They also utilised tracking data of juveniles to assess how many of them survived until the age of five years when they usually start breeding.

The basic model, however, predicted what would happen without any intervention. Since the project is currently working across 12 countries to reduce threats and was sought to identify the value of a captive-breeding programme, two more components were added to the model: hypothetical scenarios of releasing 0 – 15 captive-bred young birds every year, and a gradual improvement of the annual survival of birds in the wild.

The results of this work, published last week in the Journal of Applied Ecology, show that as long as there is a lot of human-induced mortality along the flyway and no improvement in survival, releasing even up to 15 captive-reared birds every year would not be sufficient to maintain the Balkan breeding population.

However, this approach would buy the conservationists some time to remove threats along the flyway, because the extinction risk in 30 years was considerably lower with than without population reinforcement. That time could then be used to increase the survival of birds in the wild by about 6%, which would be sufficient for the population to be self-sustainable without the need for further releases of captive-bred birds.

Thus, there is some hope for the Egyptian Vulture population in the Balkans. Work is progressing in many countries to reduce wildlife poisoning, refurbish dangerous power infrastructure, reduce accidental deaths from collision and electrocution, and reduce the direct persecution of vultures.

Many more years of monitoring will be needed to show whether these efforts along the entire flyway actually lead to the required improvement in survival. But in the meantime, the release of 4-6 captive-reared young birds every year will afford conservationists some time to tackle the difficult task of mitigating threats across the three continents Egyptian Vultures cross twice a year on their annual migrations. 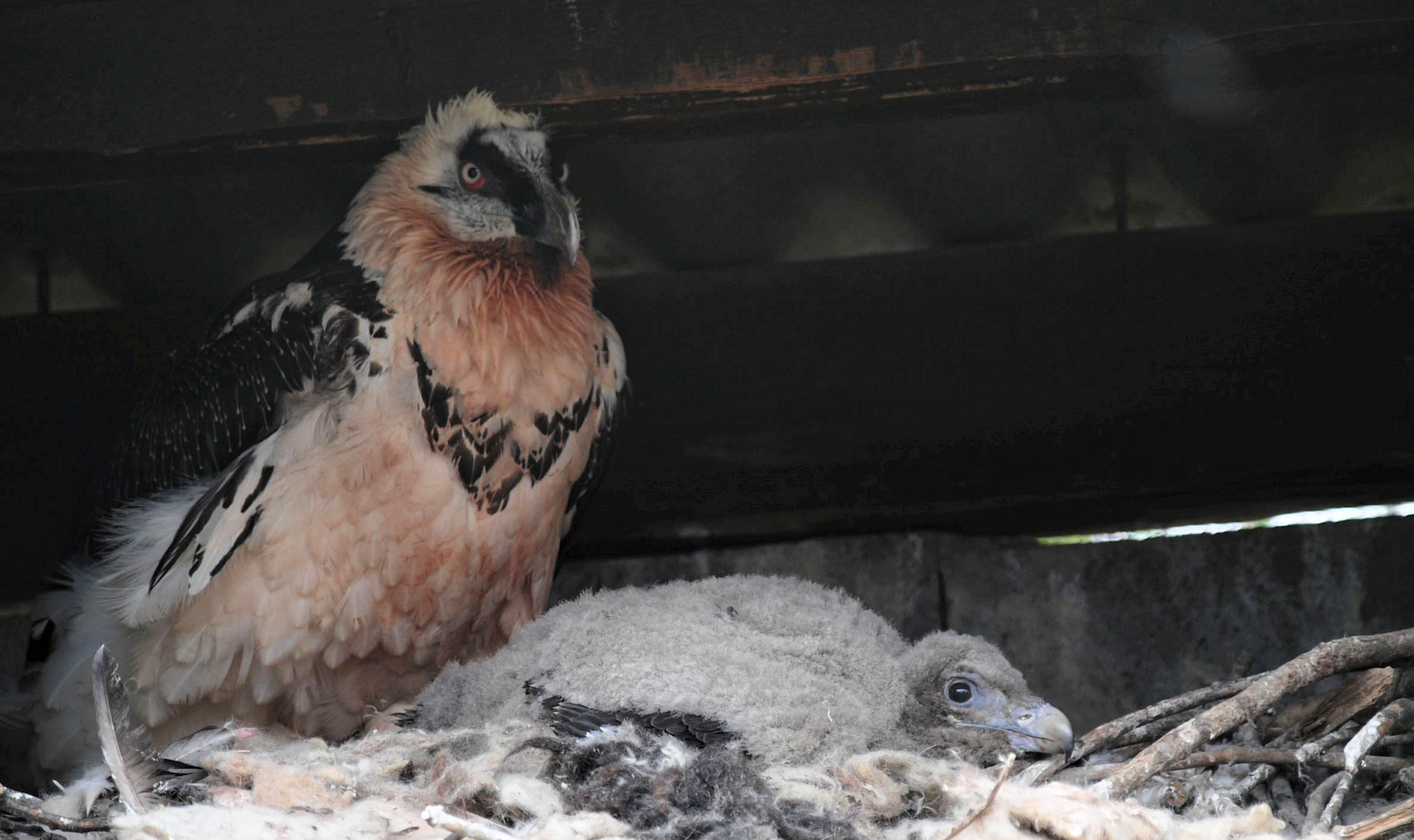 One of the last remaining ‘founder’ Bearded Vultures has died

Sadly, last Monday, we had no choice but to bid farewell to one of the oldest