Watch the animation video on illegal wildlife poisoning in the Balkans

Even though it’s a serious environmental crime publishable by law, the intentional use of poison baits in the countryside is widespread in the Balkans. The leading motive behind this practice is to target wild, feral or domestic predators to resolve human-wildlife conflicts. To do so, a lot of the time, livestock breeders, farmers and hunters use pesticides and other toxic substances to prepare poison baits and kill predators that may harm livestock or game species. But this is not a solution. It is a highly harmful and indiscriminate way of killing animals that can have far-reaching consequences for the environment, biodiversity and even public health.

A threat to animals and people

The victims of poisoning are not always the targets. This practice does not discriminate between species, which means that anyone coming into contact with these harmful substances can be affected. The list of victims is vast and includes wildlife, pets, livestock and people. Poisoning animals can increase contamination and degradation of the environment and pollute the soil people eat from or the water they drink. When exposed to pesticides or poisoned animals and baits, unaware civilians, including children, can develop serious health problems or even die in worse-case scenarios.

Illegal wildlife poisoning represents one of the most urgent conservation issues of today. It has devastating effects on populations of numerous threatened species like birds of prey and vultures. As obligate scavengers, vultures often die from poisoning by directly consuming baits or feeding on poisoned animals’ carcasses. In fact, poisoning resulted in 465 confirmed vulture deaths between 2000 and 2020, according to the Balkan Vultures Poison Study 2022. However, the numbers are likely much more. An estimated 115 vultures potentially die from poisoning every year in the Balkans, considering that less than 20% of poisoning incidents are ever discovered and documented. The frequent and successive poisoning incidents in the Balkans led to local and regional extinctions while preventing the comeback of certain species.

Vultures play a key role in functioning ecosystems – we cannot afford to lose them. The BalkanDetox LIFE project strives to combat poisoning, vultures’ biggest threat, to help secure the future of these important scavenging birds across seven Balkan countries. The project intends to improve the management of poisoning incidents and significantly reduce the poisoning-related mortality of vultures and other affected species. The BalkanDetox LIFE team also raises awareness and strengthens national capacities through the Wildlife Crime Academy and other initiatives. It further aims to ensure the real and continued engagement of the relevant governmental authorities in combating this issue and label it as a socially unacceptable occurrence in the general public’s eyes in the Balkans.

The ‘BalkanDetox LIFE‘ project aims to strengthen national capacities to fight wildlife poisoning and raise awareness about the problem across Albania, Bosnia & Herzegovina, Bulgaria, Croatia, Greece, the Republic of North Macedonia and Serbia. It is a five-year endeavour with a €1.8 million budget that received funding from the EU’s LIFE Programme and co-funding by the Vulture Conservation Foundation, the MAVA Foundation and Euronatur. Project partners are the Vulture Conservation Foundation as the coordinating beneficiary, and the Albanian Ornithological Society, Association BIOM, Bird Protection and Study Society of Serbia, Fund for Wild Flora and Fauna, Hellenic Ornithological Society, Macedonian Ecological Society, Ornitološko društvo NAŠE Ptice and the Protection and Preservation of Natural Environment in Albania as associated beneficiaries. Furthermore, this project is based on Spanish best practice experience and counts on the support from the Junta de Andalucía and the Spanish Ministry for the Ecological Transition and the Demographic Challenge. 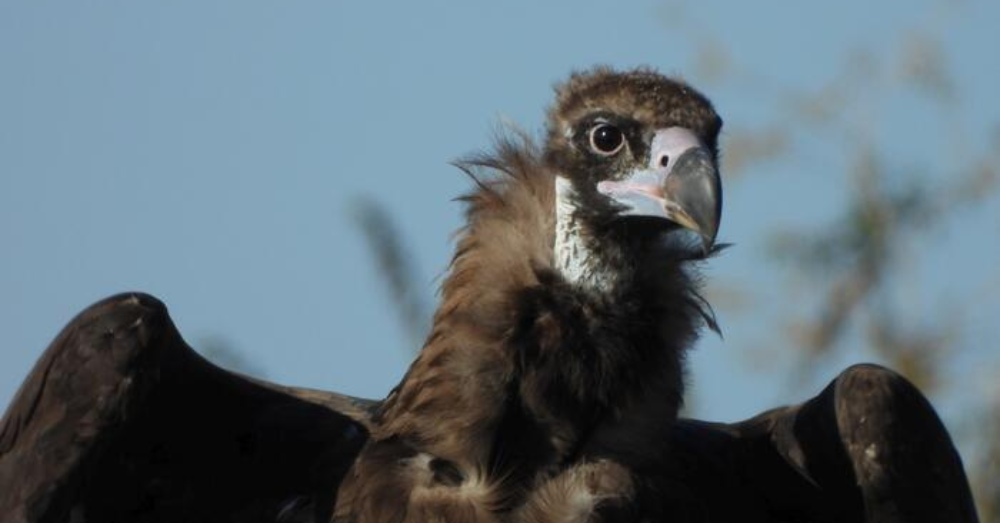 Sad news: the life of Cinereous Vulture Dzhuranli, a vast traveller, was cut short in Iran. 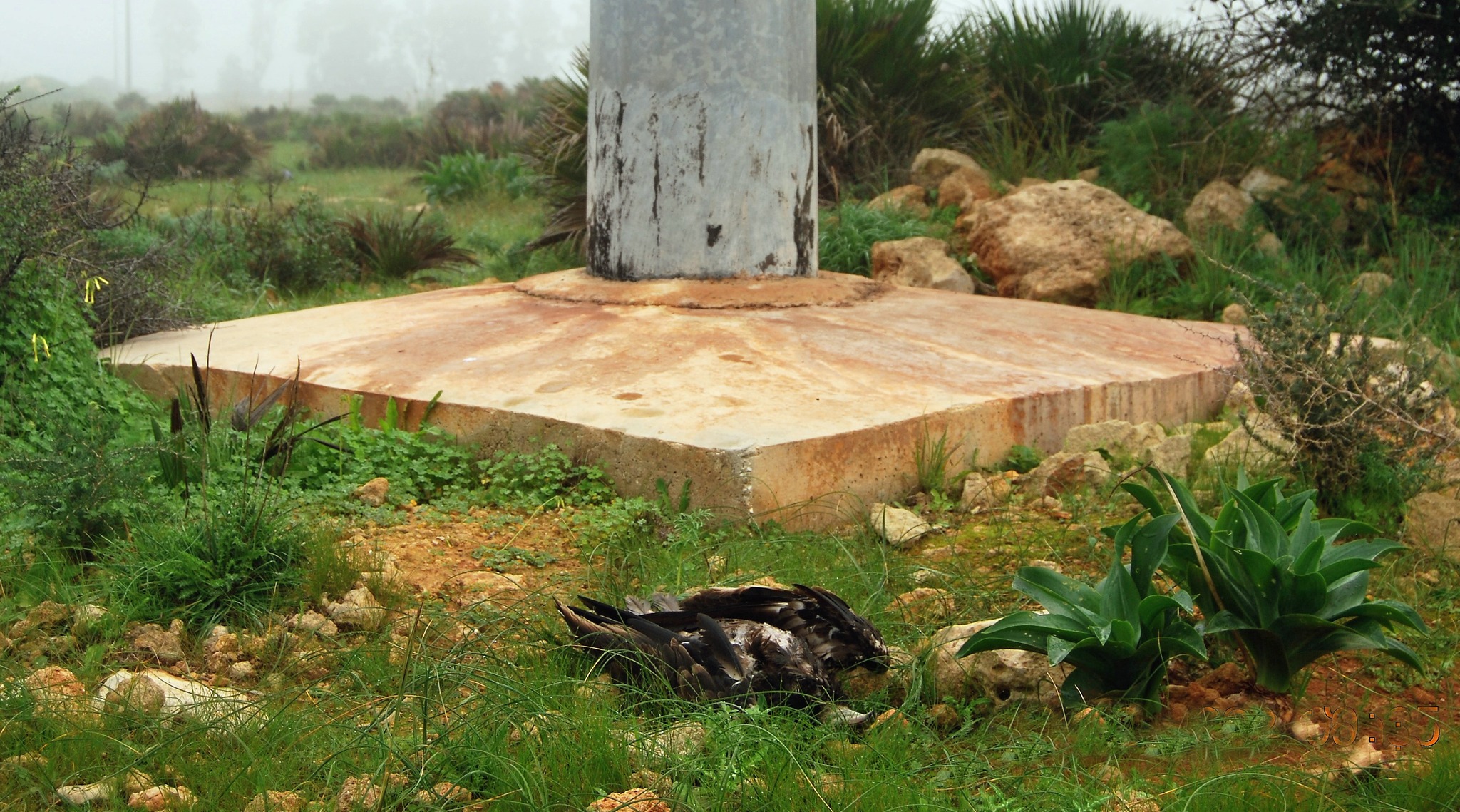 Egyptian Vulture in Italy: restocking efforts and an unfortunate death by electrocution 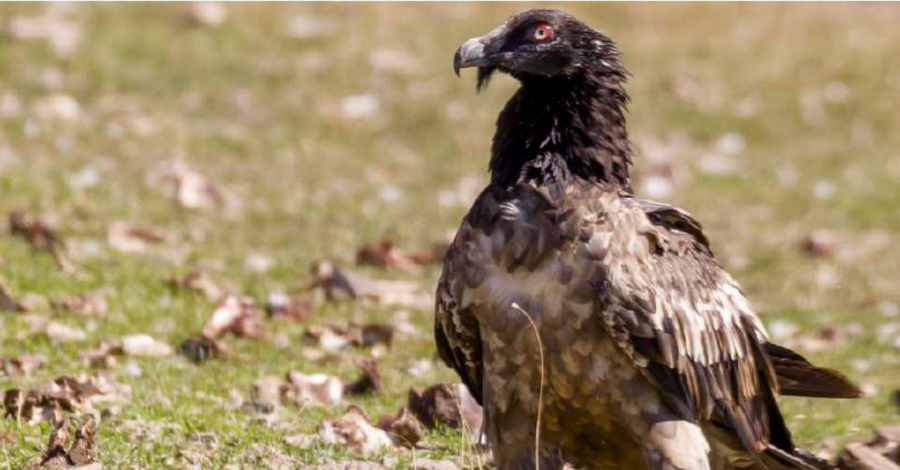 Update on the Bearded Vulture reintroduction project in Maestrazgo

After following the Cinereous Vulture Monsanto from Portugal for 16 months, his GPS transmitter alerted us